The Budibase architecture is quite simple, comprising of a few key Budibase services and a collection of open source technologies that Budibase is built on top of. Below you can see a general overview of the services that make Budibase work and how they interact. 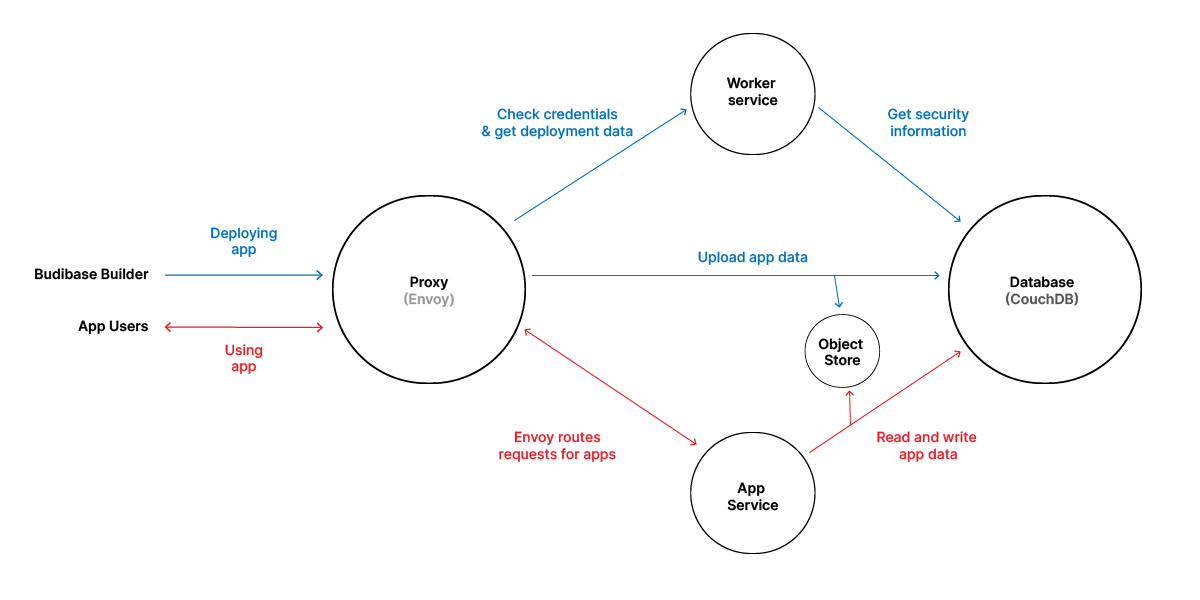 In this section, we will cover the core services that make up the Budibase self-hosted platform and how this architecture fits together.

This architecture will look the same no matter the method of self hosting, all of the above services are required for Budibase to function.

Another core element of Budibase that hasn't been discussed yet is the builder, in the Budibase architecture the builder, downloaded here, is where you will make your web apps. This is an Electron based desktop app that will communicate with the Budibase platform (Cloud or self-hosted) to deploy your app once it is finished. It's comprised of two main components:

Lastly the most important component of Budibase, the apps you make! Each Budibase app is made up of a few core libraries:

Hopefully, this overview has explained how the Budibase platform works, from the builder to your deployed web apps.